Rob Mullett
Running
After completing his undergraduate studies in London, Rob Mullett moved to Indianapolis to attend Butler University and further both his education and his running career. Mullett became the first sub-4 minute miler in Butler history and holds the school record in the mile. After earning his Master’s in Education, Teaching and Leadership, he continued to train at Butler with his UK-based coach.

Making another move, Mullett headed south to Atlanta, Georgia in 2016 to train and compete with Atlanta Track Club Elite. 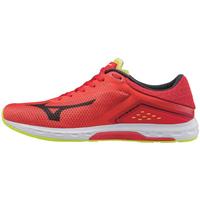